"Thus warned that summer is upon us, let us not then complain of the heat."

"Make no mistake about it, brothers and sisters, in the months and years ahead, events are likely to require each member to decide whether or not he will follow the First Presidency. Members will find it more difficult to halt longer between two opinions. President Marion G. Romney said, many years ago, that he had 'never hesitated to follow the counsel of the Authorities of the Church even though it crossed my social, professional or political life.' 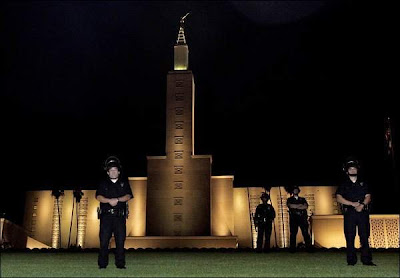 "This is hard doctrine, but it is particularly vital doctrine in a society which is becoming more wicked. In short, brothers and sisters, not being ashamed of the gospel of Jesus Christ includes not being ashamed of the prophets of Jesus Christ. . . . Your discipleship may see the time when such religious convictions are discounted. . . . This new irreligious imperialism seeks to disallow certain opinions simply because those opinions grow out of religious convictions. 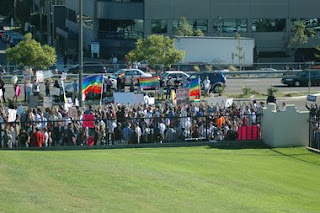 "Resistance to abortion will be seen as primitive. Concern over the institution of the family will be viewed as untrendy and unenlightened.... Before the ultimate victory of the forces of righteousness, some skirmishes will be lost. Even in these, however, let us leave a record so that the choices are clear, letting others do as they will in the face of prophetic counsel. There will also be times, happily, when a minor defeat seems probable, but others will step forward, having been rallied to rightness by what we do. We will know the joy, on occasion, of having awakened a slumbering majority of the decent people of all races and creeds which was, till then, unconscious of itself. Jesus said that when the fig trees put forth their leaves, 'summer is nigh.' Thus warned that summer is upon us, let us not then complain of the heat."

Proponents of homogamy claim society cannot legislate whom one loves or sleeps with. This is false. Society rightfully legislates against close relatives having sex with or marrying each other. Same-sex "marriage" is no more a civil right than jaywalking, speeding, or other such lawlessness.

Being able to sit on the same bus or drink from the same water fountain is a civil right. Homosexuals have always had the same right as anyone else to marry someone of the opposite sex.

Then they expect the rest of us to keep drinking from it!