It's a Narcissist's Life 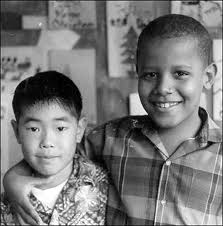 Barry Soetoro (aka our first Half-Frickin' American president) used to play with other boys in Indonesia. They recall a childhood discussion:

One time, recalled the elder son, Slamet Januadi, now 52, Mr. Obama [young Barry] asked a group of boys whether they wanted to grow up to be president, a soldier or a businessman. A president would own nothing while a soldier would possess weapons and a businessmen would have money, the young Obama explained.

Mr. Januadi and his younger brother, both of whom later joined the Indonesian military, said they wanted to become soldiers. Another boy, a future banker, said he would become a businessman.

“Then Barry said he would become president and order the soldier to guard him and the businessman to use his money to build him something,” Mr. Januadi said. “We told him, ‘You cheated. You didn’t give us those details.’ ”

“But we all became what we said we would,” he said.

From his youth Barry has connived to be served, not to serve. How else can one justify spending $2 billion for what amounts to a ten-day, get-away, after-election vacation? 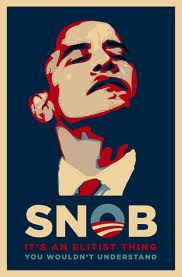